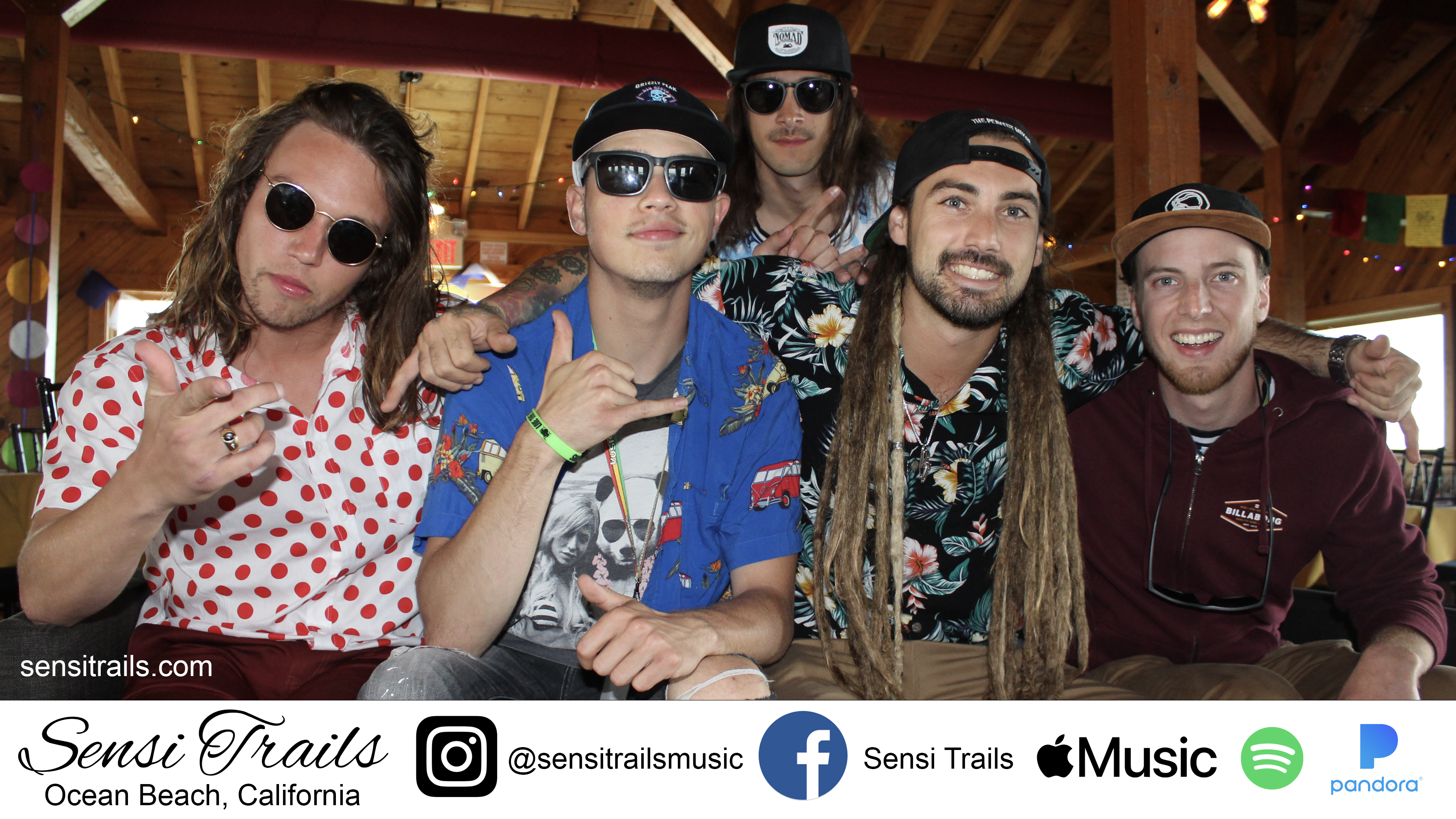 The Summer Eyes tour will begin in Huntington Beach at SeaLegs At The Beach on May 9th, with the last show scheduled for Seattle WA on September the 5th. (The full tour schedule is attached to this release)

“While we have been busy in the studio and playing private shows over the past year, we have been starved to see our fans and fellow artists during the shutdown period.  We are overjoyed to be hitting the road and rocking stages again”, said Kyle Rising, Singer/Songwriter/Guitarist for Sensi Trails.

The band is also happy to announce the addition of John Felice as lead guitarist and back-up vocals.  John is a recent graduate of The Berklee College of Music in Boston Massachusetts; relocating to Ocean Beach from New York during the summer of 2020.

A robust social media campaign over the course of the tour will be in effect on both Instagram (@sensitrailsmusic) and Facebook. (Sensi Trails)

Sensi Trails may be located on the world wide web at http://www.sensitrails.com

ABOUT
Founded in 2016, Sensi Trails has been playfully blurring the lines between traditional rock and roll, California reggae, surf, and psychedelic rock. After releasing a 5 song EP in 2017, founder/lead singer/guitarist Kyle Rising decided to relocate from Outer Banks North Carolina, to San Diego California.  Following the recording and release of the new single Just Livin' featuring K-Bong of Stick Figure, he met drummer Jordan Starke and bassist/vocalist Kaya Hall. A new layer of lush sound was added with keyboardist Mike Root joining the band thereafter.  The band added John Felice on lead guitar and back-up vocals in 2021.